At a SUDS Hack Night in October, I was introduced to Tableau for the first time and Pittsburgh Bike Share  released their data from the first six months of operation. So naturally, I combined these two opportunities. First I looked at what time of day riders took out a bike. I was surprised to find roughly a bell curve (left figure below) — I thought you’d see more of a peak at morning and evening commute times. So I looked at the days count, and found fewer riders Monday to Friday than on the weekends (right figure below). In this plot, the horizontal color changes indicate counts per hour of day. 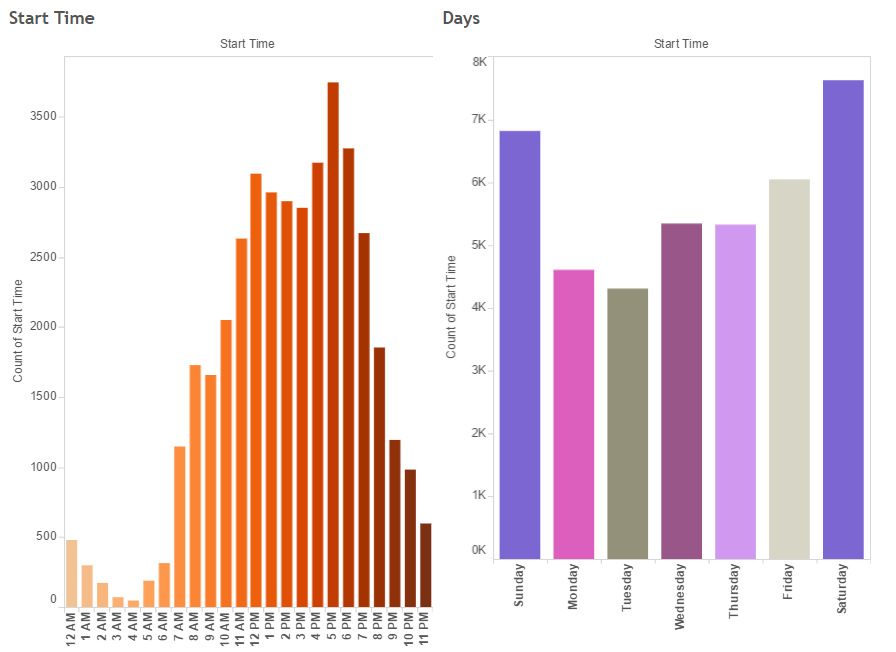 This seemed to indicate more casual weekend riders than I had anticipated. So I then broke out the days of the week by subscribers — monthly pass holders — against “customers”, or people picking up a bike for just one ride (right figure below). Now I saw a distinct difference — single rider customers had many more rides on the weekends, while subscribers took bikes out throughout the week, mostly during the work week. I did the same thing for start times and saw the morning and evening peaks that I expected in the subscriber trends, while single ride customers were likely to ride any time between noon and 7pm (figure left below). 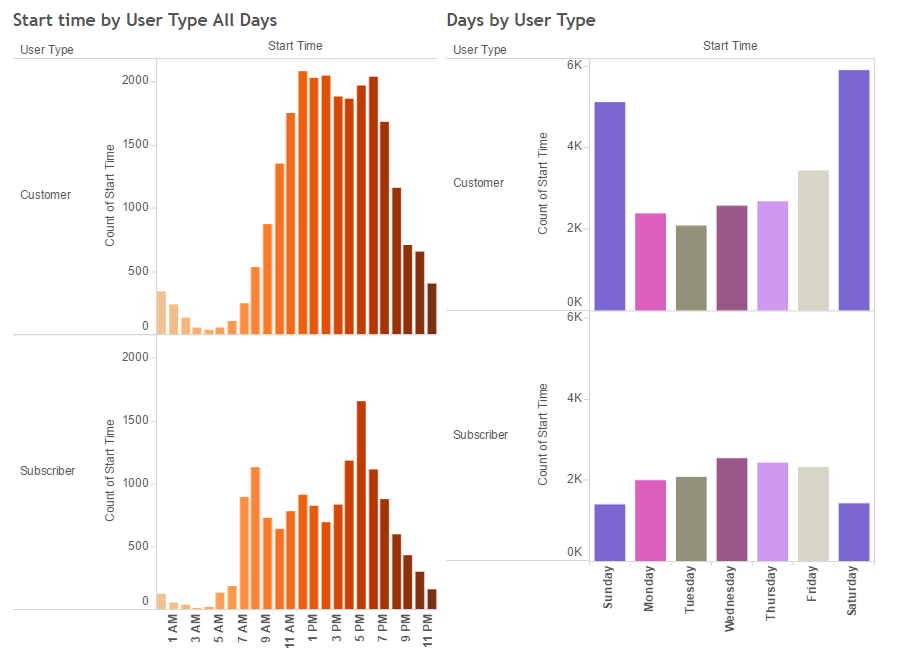 Then lastly I broke out weekdays versus weekend (figure below), where you can see slight peaks for even non-subscribers at commute hours, and you can see a slightly more pronounced peak at lunchtime for subscribers.

I’m excited to work in Tableau more and delve to a little deeper. Fun start!

Lauren Renaud is a Public Policy student at Carnegie Mellon’s Heinz College seeking to combine her background in social justice with with her growing policy and data analysis skill set. She’s also a cyclist and transit rider who likes maps and exploring Pittsburgh. You can find some of Lauren’s other projects at www.laurenrenaud.com.